Pregnancy and Its Effects on the Vascular System

Pregnancy and Its Effects on the Vascular System

Varicose veins and ankle swelling are some of the most common physical changes that a woman experiences during pregnancy. This is because pregnancy affects the vascular system—putting women at a higher risk of developing vascular problems such as DVT.

Let’s take a look at how pregnancy affects a woman’s vascular system, and a few steps women can take to prevent the likelihood of developing venous diseases.

Pregnancy and the vascular system

A developing fetus can put pressure on the pelvic veins of a pregnant woman, and this pressure increases as the women move closer to the due date. As more weight presses on the veins, there is less room for the blood to flow freely in the veins, resulting in restricted blood flow in the lower part of a pregnant woman’s body. This also damages the tiny valves inside the vein as they have to try harder to get the blood flow going.

This results in leg pain, swelling, and varicose veins. Although these symptoms are normal during pregnancy, they can become worse and harder to control with successive pregnancies. After 3 to 6 months of giving birth, varicose veins usually fade away as circulation returns to normal.

Proper circulation is the key to avert the risk of developing any serious venous diseases, and a few tips and tricks can help pregnant women achieve that.

While the development of varicose veins is common, there’s no need to wait until you’ve given birth to seek vascular treatment if the symptoms seem serious. Prevent cumulative damage by making an appointment with one of the leading vein doctors in NYC. 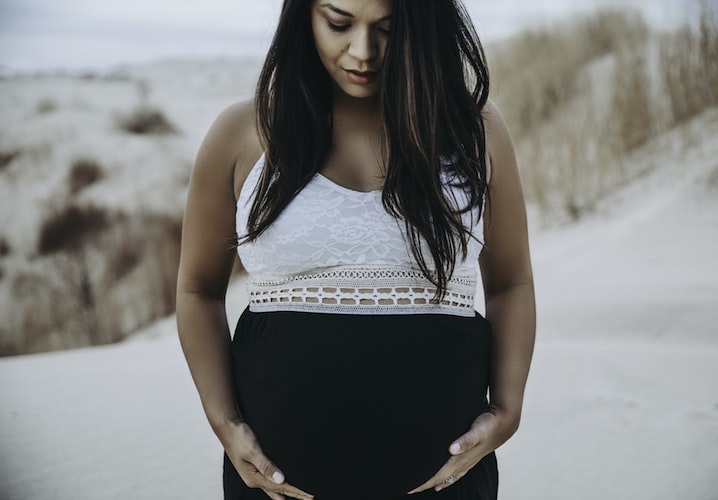 Varicose Veins Doctors New York is a top-rated varicose veins treatment center in NYC. We house a team of professionally trained and certified vascular surgeons that devise a comprehensive treatment plan for conditions such as varicose veins and restless legs syndrome.

Get in touch with us to book an appointment today!

About the Author: Dr. Nirman Tulsyan